You probably have a few spiders in your house even if you never see them. You might even see a spider scurry across the floor now and then, and that's normal since spiders are so common. However, under the right conditions, a spider population can grow out of control. That's an unnerving situation, especially if the spiders are inside your house as well as outside. Even though most spiders are harmless, some can bite, and others are poisonous, so you don't want them in your house. Here are a few tips for spider control.

Spiders are tricky in that perimeter sprays left by the pest control company may not be effective on them. If you have a lot of spiders, you should call a pest control company, like Godfather's Exterminating, Inc., and let them apply special treatments to get the problem under control. Spiders stay in their webs most of the time and let their meals come to them, so they don't crawl around and get pesticide on them. Even if they do, their bodies are high off the ground, so the only thing affected is their feet. Since spiders don't groom their feet, it may not even harm them to walk through pesticides.

It's best to spray spiders directly, which is easy to do for spiders in webs, but more difficult for predatory spiders that move around hunting for food. To be effective on these spiders, the pesticide has to be applied so it gets on the spiders' bodies. This might include spraying in tight cracks spiders have to squeeze through.

Kill Off Their Food

Pest control sprays can get rid of spiders in an indirect way, too. Spiders eat other bugs in your home, so when insecticide treatments kill off roaches and other sources of food, the spiders may turn on each other or leave in search of food.

Glue traps are good for catching spiders since their feet get stuck to the trap. You can bait a trap with an insect to lure spiders inside. Glue traps help you get rid of spiders, and they also give you a good idea of how bad your infestation is and where the spiders are most concentrated.

If you're seeing a lot of spiders, it's usually time to call in professional help. However, if you just want some added protection to keep the pests out of your home, then you might try using repellents along with glue traps. Spray peppermint oil or cinnamon oil solutions in closets and other quiet places spiders like to hide. If they don't like the smell, the spiders may keep moving and find a home elsewhere.

Seal Windows And Doors By A Porch Light

If you use a porch light, you'll draw bugs close to your door and windows. This may entice spiders to hang out close to your house so they can dine on all the bugs that fly to the light. While you'll want to seal up all possible entry points for spiders, it's good to pay special attention to windows and doors near a porch light. 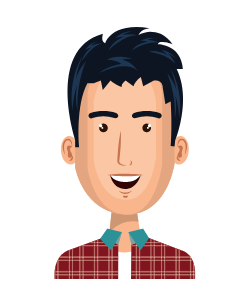 Household pests can make your life miserable and that's why we're here to help. Cockroaches, fleas, and termites are just a few of the pests that can multiply rapidly inside your home. There are many popular home remedies for common pests that you can try to help control the pest population, but it's also important to know when you have an infestation and need the services of a professional. Since we've had our share of pest problems in the past, we've already done the research so you can spend your time battling the bugs instead of searching for answers. Throughout this blog, you'll find a variety of posts about pest control that will help you decide whether you want to tackle the pests on your own or call in reinforcements.